I’ve put up a short story on Burn The Box Down!

Selective Mutism for the Modern Girl

On Suki’s thirteenth birthday, she opened her mouth to thank her father for the cat-ear headband and instead heard herself saying “The doctor will tell you it’s a tumor.”

The tumor turned out to be benign. Suki’s pronouncement turned into an anecdote, a funny story her parents told over drinks or dinner. Suki would even waggle her fingers and pretend to see the future, but each time she did there was a catch in her throat, a moment she wondered if it would happen again.

“Shizuka,” her mother said, “you are not the Oracle at Delphi, so stop charging your friends to tell their fortunes.”

Suki shrugged and tuned out her father mansplaining that the Delphi Oracles received offerings, which were different from payments, which of course was going to result in her mother quoting Shakespeare, because everything resulted in her mother quoting Shakespeare. Suki’s mother was Japanese by way of England, and people were always surprised to hear the crisp Oxford lilt coming from her mouth. People were always surprised by Suki’s voice, too, but they were surprised because she sounded like exactly what she was: an American.

If Suki was going to surprise people, she decided, she might as well do it on purpose.

“Whoa,” said James at school the next day. “What’s up with the whole anime Lolita thing?”

Suki twisted a fake pink hair extension and grinned. “I am a perfect little Japanese doll, can’t you tell?”

She’d traded her unassuming skirts and blouses for frills and crinolines, her clean-scrubbed face for big eyes and pink cheeks. She painted a star under one eye every morning. She started carrying a parasol. It was great.

The principal wasn’t nearly as amused. “Her teachers and I have noticed some significant intersocial changes,” Mrs. Kutcher said. “Shizuka used to be such a lovely girl -”

“I’m sorry,” Suki’s mom said, sounding anything but sorry, “but are you suggesting that my daughter – my intellectually gifted, extremely capable daughter – needs to worry about how lovely she is?”

“Are you referring to her outfits?” Suki’s dad tilted his head to the side, speaking with a subtly exaggerated version of his faint Japanese accent. (Unlike her mother, Suki’s father was Japanese by way of Japan.) “Certainly you wouldn’t deny a student the ability to express her culture in whatever way she chooses, assuming it doesn’t violate any school rules.”

Suki coughed to keep from laughing. She had been very careful not to violate any school rules. Her skirts were precisely measured, her makeup angling toward doll rather than blow-up toy.

Except that on her way out Suki heard herself murmur, “She won’t make it to the end of the week,” and even though it hadn’t been loud enough for anyone else to hear, she still couldn’t breathe when the announcement was made three days later that Mrs. Kutcher was taking an indefinite leave of absence following the death of her wife. 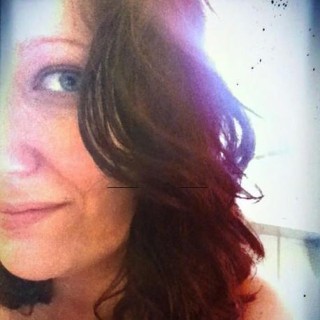 Tessa Novak is an author of adult and young adult fiction.